By the time Anand arrives at the nightclub, he is looking forward to a glass of single malt scotch. He walks in and immediately spots Matt.  “Your scotch is on its way,” Matt says. “You look like you need it.” “Thanks man.  My ex-wife, well, soon to be ex-wife decided today that she doesn’t want to sign the divorce papers.”

Anand’s scotch arrives and they drink in silence while looking around at the stage at the far end where a DJ is setting up. “We are going to get drunk and pick up some chicks and have a great time,” Matt says. That is exactly what they do. Well, almost.

Using alcohol to relieve anxiety is a common practice in many cultures. The reason that it works is because alcohol turns off many parts of the 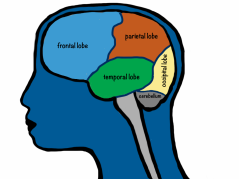 brain, thus numbing their sensitivity. All regions of the brain are affected by alcohol, but some of the regions are affected more acutely than others. The cerebellum which is responsible for motor coordination such as balance and movement is implicated. The limbic system, in the temporal lobe, which handles emotions, consolidation of information, and basic physiological functions is also partly disabled. Parts of the frontal lobe responsible for memory and learning are short-circuited.

After their second glass of scotch, Anand and Matt walk up to the dance floor and approach two women who are dancing with each other.  Anand, who is usually quite shy, takes a hold of one of the girls’ hand and spins her around. She likes it, so he does it a few more times. At this point, the amount of alcohol is causing a lack of inhibition, thus making him feel comfortable dancing with strangers. But if he continues to drink, his current poise is likely to turn into clumsy, uncoordinated movements.

Stressed about his wife’s refusal to sign the divorce papers, Anand has sought easy relief. The alcohol in his bloodstream causes activation of gamma–aminobutyric acid (GABA) neurotransmitters which are the chemicals that shut off many parts of the brain. Thus, he is acting out of character because many of the circuits in his brain are essentially “not working” and reducing his normal inhibitions.

Time goes by. It’s 1 in the morning and Matt and Anand are still at the club. They have had several more drink. The girls are gone. They have no idea where the girls went because now they are clumsily and unsuccessfully trying to dance with other girls. Alcohol inhibits the activity of the glutamate neurotransmitters which causes neural excitement required for memory and learning. This will result in the possibility that Anand and Matt will not remember the people they met and some or all of their behavior. The degree to which a person is affected by alcohol varies by individual genetics, environmental shaping of the brain composition and also by the history of alcohol use and abuse.

When Anand gets home at 3a.m., he is not feeling well. He vomits after eating some crackers. He feels better and goes to sleep. Since alcohol increases the level of GABA receptors which turn off brain circuits, the increase is directly proportional to the amount of alcohol in the bloodstream. Thus an increase in bloodstream alcohol leads to turning off of more and more of the brain circuits until the neurons responsible for controlling breathing and heart rate start to become dysfunctional. This, obviously, can lead to death. Vomiting is the body’s’ way of protecting itself by getting rid of the toxic substance.

Chronic excessive alcohol consumption can lead to permanent neural degeneration.  One of the most well know of the alcohol induced diseases is Wernicke-Korsakoff syndrome characterized by memory loss, vision problems, physical coordination problems and other mental deficiencies. Some of the damage can be fixed by restoring the thiamine (vitamin B1) levels that are lost via alcohol consumption, but research does not generally support the regeneration of lost nerve cells. The amount of damage varies from person to person and is a factor of genetics, nutrition, and other personal environmental factors.

Drinking alcohol is not necessarily bad for your brain. But irresponsible chronic overindulgence can cause permanent irreversible damage to the most precious part of the human body.  A single overdose can kill you.

February:  how do written words affect the brain?

Dr. Nicola Wolfe is a neuroscience consultant for this column. She earned her Ph.D. in Clinical Psychopharmacology from Harvard University and has taught neuroscience courses for over 20 years at various universities.

Taking a journalistic microscope to the brain, I read a lot about the nervous system and try to distill the information in a simple format.